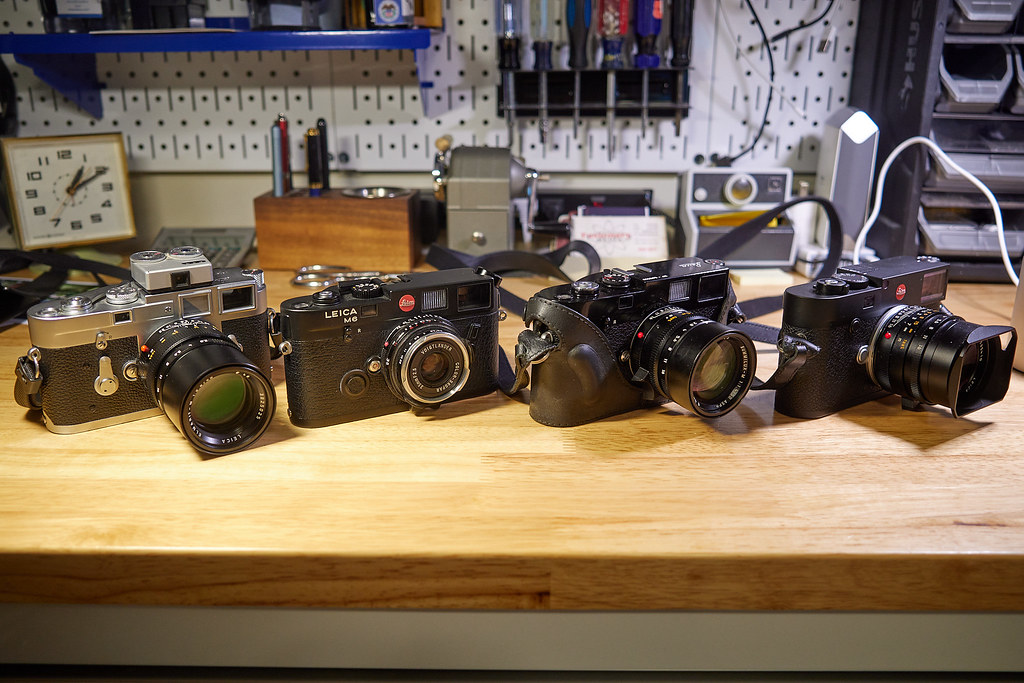 An embarrassment of riches

I’m down to only two.

I sold the M6 yesterday. I already regret it. On the other hand, I used the camera for five years and sold it for twice what I paid for it. Sure, Leicas are expensive, but I like to think of them as cash, in camera form :). Besides, I still have two great Leica M film bodies: The M3 and the MP. I can’t wait to see what Leica releases in October, though. Maybe I’ll be able to buy a brand new M6.

I often think of audio/video “content creators” lazy because they don’t have to type words, but I never create audio/video because it’s too hard. There’s a conflict there :).

We tend to forget that no one before, say, 30 years ago, chose to use analog tools. That’s all there was. “Luhmann used paper index cards!” “Cartier-Bresson used a film camera!” “Hemmingway used a manual typewriter!”

Speaking of second brains, I find that I capture a ton of information in my notes, but I don’t seem to actually ever learn anything from any of it. I am now actively searching for a way to improve this. When I become overwhelmed by my digital notes, I bring out the paper.

I hate the word “ideation”.

In the future, cursive will have to be taught to scholars the way Elizabethan secretary hand or paleography is today.

That’s a little depressing. I write in cursive all day. On the plus side, it seems I don’t need to worry about encrypting my journals.

A (very) short review of the Sigma 35mm L-mount lens I bought a Panasonic Lumix S5 primarily for scanning film negatives, but since it also happens to be a fine digital camera, I bought a some lenses

Monday, September 19, 2022 If I’m not taking notes about the thing that I’m reading or watching, it’s only entertainment. The draw of paper for me is twofold. First, it’s