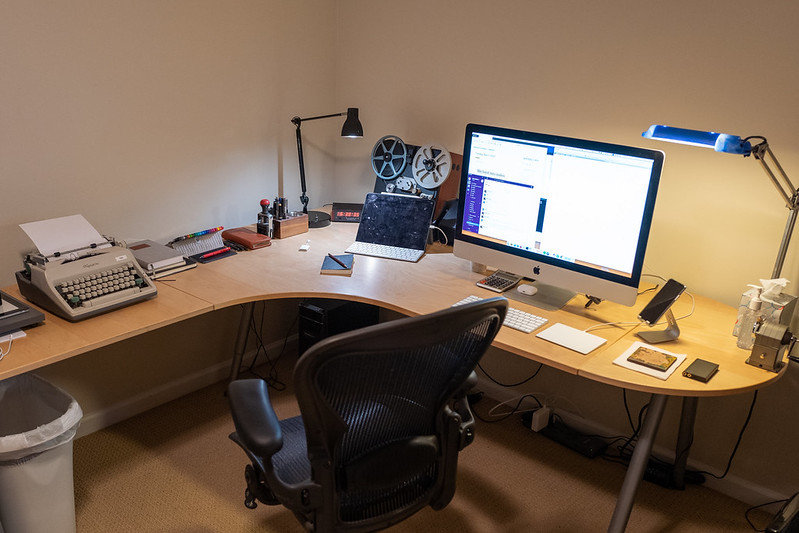 I had originally wanted this basement bedroom to become a darkroom. I’ve instead rigged a simpler darkroom in the downstairs bathroom and I’m happy with it, so I cleaned the bedroom and made it into a second office.

I then realized that my wife still didn’t have a real office. She’s been running therapy sessions via video, so I thought she should have something nicer than the tiny crappy desk shoved against one wall. I’ve now moved most of my entire original upstairs office into the basement. The basement is now almost entirely “mine”. I’m getting comfy here. So comfy that I put a mini fridge in the room so I can pretty much live here now.

Using Mylio for photo management In Bringing my photos in from the cloud I wrote that “Photo Mechanic is my Librarian”. That may be changing now that I’ve started testing Mylio as a

Gallery of meals The only thing I’ve been photographing lately are my meals. It started as a way to test Lychee as a gallery, but I kept going. Now it’s a habit. I